Added to the collection is an all-new fifth adventure -- A0: Danger at Darkshelf Quarry -- that you can use to kick off an AD&D campaign that pits a group of adventurers against the evil Slave Lords! Module A0, designed for levels 1-3, sets the stage for events that unfold throughout the remainder of the "A" series.

A1: Slave Pits of the Undercity: It is time to put a stop to the marauders! For years the coastal towns have been burned and looted by the forces of evil. You and your fellow adventurers have been recruited to root out and destroy the source of these raids--as hundreds of good men and women have been taken by the slavers and have never been seen or heard from again!

A2: Secret of the Slavers Stockade: The battle against the slavers continues! You and your fellow adventurers have defeated the slavers of Highport, but you have learned of the existence of another slaver stronghold, and you have decided to continue the attack. But beware! Only the most fearless of adventurers could challenge the slavers on their own ground, and live to tell of it!

A3: Assault on the Aerie of the Slave Lords: Into the Drachengrab Mountains! Hot on the trail of the marauding slavers, you and your fellow adventurers plunge deep into hostile Hills. Spurred on by your past success, you now seek the heart of the slaver conspiracy. But hurry! You must move quickly before the slavers recover from your previous forays and attack!

The book can also be run using the new D&D Next (or fifth edition) play-test rules, by encorporating the bestiary pdf in the June 7th, 2013 D&D Next Play-test document available from the Wizards of the Coast Website.

A0-4: Against the Slave Lords(2013), by David Cook, Harold Johnson, Tom Moldvay, Allen Hammack, Lawrence Schick, and Skip Williams, is a premium reprint of the A1-4 adventure series for AD&D 1e. It was published in June 2013.

Continuing the Premium Reprints. Following the success of the AD&D 1e premium reprints, Wizards of the Coast kept returning to that well throughout the playtest period for D&D Next. Against the Slave Lords(2013) was the sixth and final reprint for AD&D 1e, following Monster Manual(2012), Players Handbook(2012), Dungeon Masters Guide(2012), Unearthed Arcana(2013), and S1-4: Dungeons of Dread(2013).

Why A? Lawrence Schick explains that "S" for Slave Lords was taken (by the "Special" adventures), as was "T" for Tournament (by the "Temple" adventures). So instead they picked "A" for "Aerie of the Slave Lords" ... which also ensured the these modules would always be listed first.

A Short History of the Slave Lords. The history of the Slave Lords began when TSR heard criticisms about the AD&D Open Tournament at Gen Con XII (1979). The 324-player tournament, run by an outside party, had received numerous complaints. Among them was the concern that it had been too high level to support easy tournament play. It had even involved a battle against Orcus! Given this and other problems, TSR came to the conclusion that it "wasn't up to par" so they decided to write the AD&D Open Tournament for Gen Con XIII (1980) themselves, with four different designers contributing individual scenarios connected by the overarching theme of "slave lords".

The Slave Lords tourney would become "the largest single AD&D tournament yet staged", supporting over 800 players. This means that the play was spread out over multiple days, which caused another problem: early players of the tournament's initial round of play could spoil it for others (making it possible for later tournament goers to do better!). To resolve this issue, the Slave Lords designers created five differentfirst rounds, to fill the five slots of play from Thursday through Saturday. To keep things fair, these initial rounds had to be meticulously balanced, so they were created using a rigid formula. Each of these early tournament rounds had nine encounters, including 2 traps, 1 trick, 1 problem, 1 encounter with the adventure's base monster (gnolls, hobgoblins, or orcs), 1 ambush by that base monster, 1 encounter with the base monster and a higher-powered ally, 1 encounter with an unintelligent monster, and 1 encounter with a new monster.

Following those five initial rounds of play, there was also a semi-final round and a final round. That final round was the foundation that the designers had built the tournament around. It was based on an adventure previously run by Harold Johnson, where he captured players and took away their stuff; their challenge was then to escape from a minotaur's maze, which is pretty much what the finalists had to do in the Slave Lords tournament (minus the minotaur).

However, TSR wasn't interested in justproducing a tournament. They wanted to do the same thing they had with the "D" and "G" adventures in 1978, releasing each of the tournament rounds as a published adventure right after the round was played. Though the adventures were delayed past Gen Con, the tournament nevertheless appeared as four books over the next several months. A1: "Slave Pits of the Under City" (1980) and A2: "Secrets of the Slavers' Stockade"(1981) each contain two of the first rounds of play, with the fifth appearing in the first part of A3: "Assault on the Aerie of the Slave Lords" (1981). The rest of "Assault" contains the semifinal round, while A4: "In the Dungeons of the Slave Lords" (1981) features the final round.

Each of those tournament rounds was expanded for module publication; nonetheless the original round design remains obvious. "The Caves of Drachensgrab" in "Assault" is the closest to its tournament source. Nine underground rooms are contained in just four pages of text, supporting three hours of play! However, the design team's original structures are visible throughout the adventures. For example "Slave Pits of the Under City" is clearly broken into two rounds of play: the "Temple" and the "Sewer". It also contains precisely two new monsters, the aspis and the giant sundew.

TSR reprinted the Slave Lords adventures several years later in A1-4: Scourge of the Slavelords(1986). This "supermodule" acted as a bridge between T1-4: Temple of Elemental Evil(1985) and GDQ1-7: Queen of the Spiders(1986), with player level upped from 4-7 to 7-11 to support this transition. A number of additional encounters were also aded to expand and round out the adventure.

Much later, Wizards of the coast released Slaver(2000), a ten-year-later sequel to the classic adventure, published during the waning days of AD&D 2e.

Adventure Tropes: The New A0. The original adventures in Against the Slave Lordsare focused on combat and puzzle-solving, with little attention to roleplaying or to more freeform problem-solving. This was of course due to the limitations imposed by a tournament setting.

The new adventure, Skip William's "Darkshelf Quarry", is still a dungeon crawl, but it's a rather extensive one that's better detailed than the more limited tournament rounds. It also contains more opportunity for roleplaying and solving problems via methods other than pure combat.

Playtesting D&D Next. Since Against the Slave Lords was released during the D&D Next playtest (2012-2013), the adventure was supported under the new rule system. This was done with a rather extensive 77-page bestiary, included in all playtest packets starting on June 14, 2013.

Exploring Greyhawk. Though the original Slave Lord adventures were set in the Pomarj of the Wild Coast, the new "Darkshelf Quarry" adventure is set instead in the Village of Darkshelf in Nyrond -- a somewhat distant land, also located on the Sea of Gearnat. Nyrond is a good-aligned kingdom that had previously received its best attention in WGR4: "The Marklands" (1993) -- though that's set in the From the Ashesera. "Darkshelf Quarry" offers a rare opportunity to adventure in the normally placid land.

Future History. Wizards of the Coast supplemented their new prequel to the Slave Lords series with a sequel, "The Last Slave Lord", which appeared in Dungeon #215(June 2013). It's been called A5. "The Last Slave Lord" was another AD&D 1e adventure, with D&D Next conversion notes found in the playtest packet.

The final issue of Dungeon, #221 (December 2013), then featured "Lowdown in Highport", which could be run between A0 and A1; it was Wizards' last AD&D 1e adventure to date (though it had 4e conversions).

About the Creators. Schick was the first member of TSR's Design Department when it appeared in 1979. He soon became the head of the Department when he hired on his first designers, Cook and Moldvay. Meanwhile, Johnson was brought on as editor in 1979, while Hammack became the head of TSR's short-lived Development Department in 1980. Moldvay was the one designer who didn't work on the original tournament adventures; he came aboard to help Johnson expand "A2" into a full adventure.

Williams, who authored the new adventure in 2013 was an excellent choice for that job because he'd started working at the Dungeon Hobby Shop in 1976, then moved on to Gen Con and the RPGA before becoming a TSR designer.

Requires: An active subscription or a one time purchase of a Fantasy Grounds Full or Ultimate license and the included 2E ruleset.
Show more 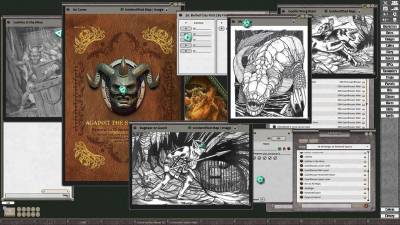 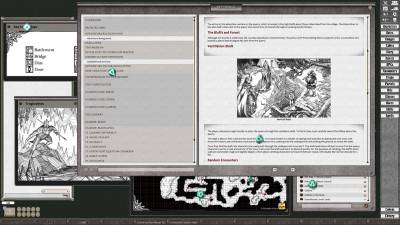 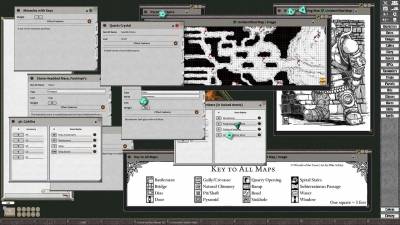 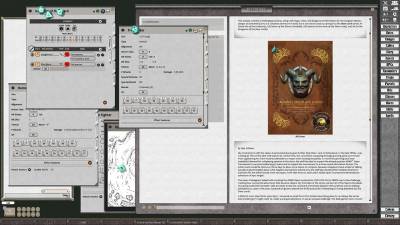 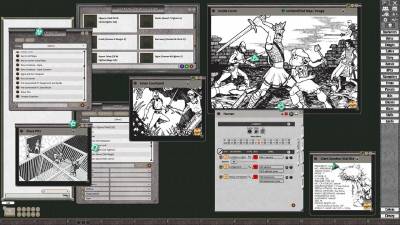 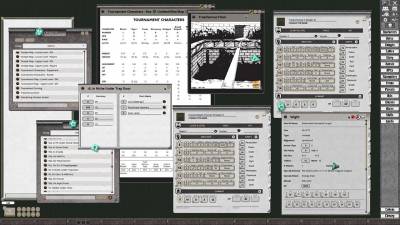 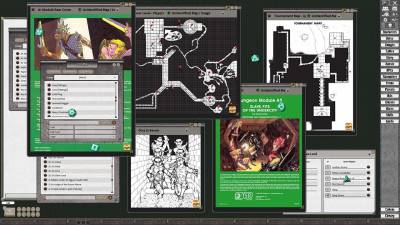 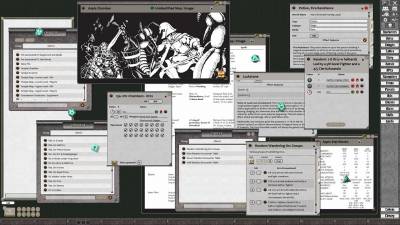 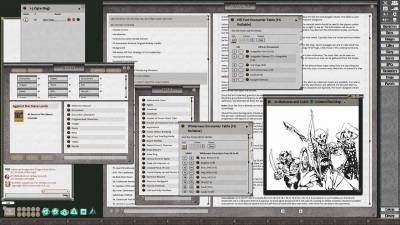 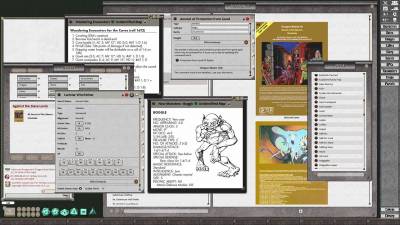 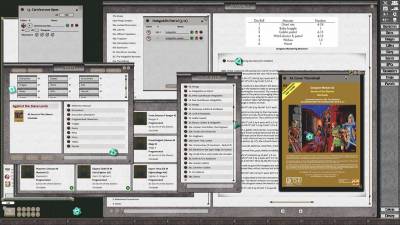 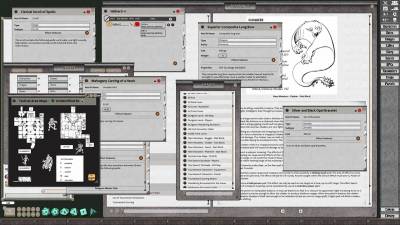 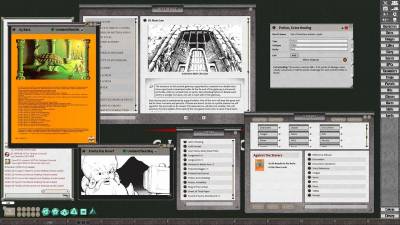 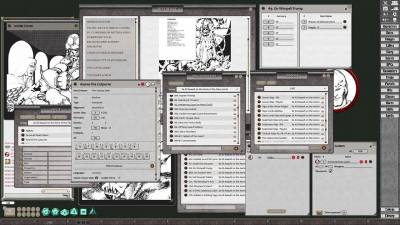 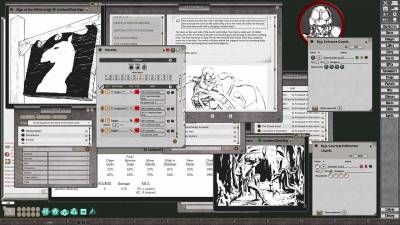 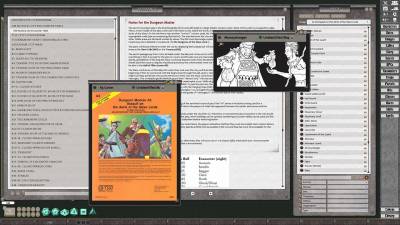