Time to hop into a dirt-thumping dune buggy or tricked-out truck and race your way to victory in TNN MOTORSPORTS HARDCORE HEAT. The world of off-road driving action is yours for the taking as you compete in varied modes like Championship, Time Attack, and an invaluable Practice mode in cars you've modified down to their brakes, suspension, and even stylish decals. You begin the game with four challenging tracks and have the ability to open two more as the maneuvering continues. What kind of terrain will you be steering your shock-blasting machines across? Slippery snow, crunching dirt, splashing mud, hot sand, and even the relative safety of pavement will put your driving skills to the test. Your opponents utilize clever artificial intelligence so you'll have to be cunning as well as quick to win. A hard guitar rock soundtrack and quips and taunts from competing drivers round out the Nashville Network-licensed madness. TNN MOTORSPORTS HARDCORE HEAT is a downshifting, rump-bumping ride of rally racing gameplay glory 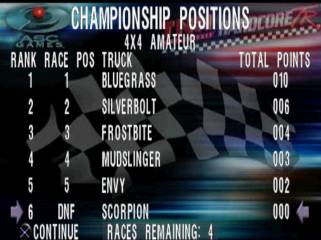 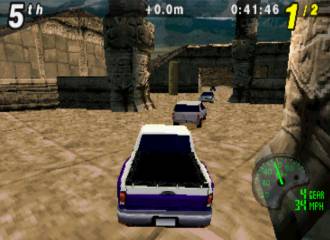 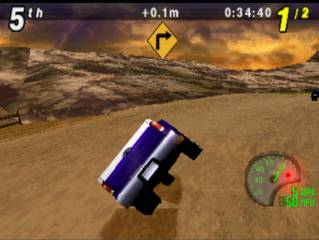 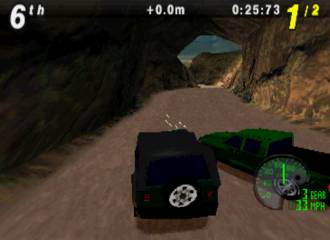 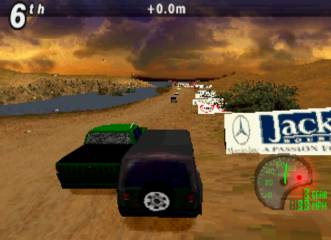